... the fifth of ...
Watching some fireworks over the city sky (also noticed a plane approaching Heathrow: wonder what the view of Guy Fawkes' night would be from such a plane arrival?), reminds of common inspirations to study the best scientific subject: colour (and not to forget, sound) on two perspectives; fireworks, astronomical nebulae (e.g. Andromeda Galaxy) 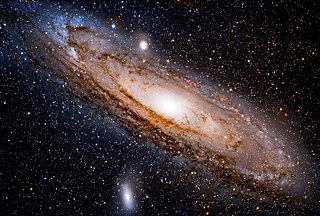 The 'Perseverance' rover programme of nasa has produced some really nice images. A recent journal article finishes with the speculative statement that the ancient clays may preserve organic matter. Is a "Galileo moment" imminent, with global newspaper headlines: "Life discovered on Mars!"?

"chemistry cills you without concrete concentration to enable comprehension of core, critical, connected concepts". Another crazy alliteration, inspired by observation of how the extant average student appears to study today. Teacher sets an independent study non lesson task, student proceeds to attempt such task. " But wait? What is this mobile phone notification, that demands immediate attention? Is there a video somewhere, but someone, that describes what to do, with minimal self-effort to comprehend, just to do?"

Above average students have sufficient self-discipline to eschew mobile phone distractions, but everyone else? Not so sure and also what to do. Have tried "gamification", but while interest is gained, improvement in the ability to achieve sustainable concentration to comprehend those connections between core concepts (!!!) does not seem apparent. Perhaps it is too long term a behaviour change to witness within (fewer than) two years.

Why do people extol the advantages of markdown? This article is really nice to read, but don't understand why the benefits to learn html and tex are not really discussed. Nevertheless, the concept of the article is well-recommended. In the school environment, the dominance of proprietary software makes the essence of articles such as these, quite irrelevant. If the average school teacher (if not, nearly all by default) begins with something as: "let's open (microsoft) word...", what hope is there?

What about the use of microsoft 'github'? Surely alternatives should be used? Personally, prefer 'mercurial', but who hosts such repositories these days? Whilst it would be nice to suggest students to try services such as 'Overleaf', the aforementioned problem with sustained concentration ("that's long, Ma'am/Sir!")...

Since the decision to stop direct use of mastodon, have enjoyed the change to 'Hubzilla', for the following reasons:

So the ulez expansion has led to an unsurprising reduction in unnecessary car travel by older, relatively more pollutive vehicles. So, what next when all vehicles in London are electric battery powered, yet the traffic remains stationary? The pollution has merely shifted to the locations of primary energy sources (for electricity production), whilst the revenue from those high pollution vehicles will obviously decline. The inevitable conclusion is to extend the congestion charge to the orbital circular roads. Will the gentrication project be completed before, to avoid the objections? ;)

A really nice blog post about good, active communities that communication primarily via the internet. Toxicity thrives in an environment of poor leadership, whereby those that probably suffer poor quality lives in the real world, feel emboldened to disseminate toxicity throughout the internet world. Open source people, take note.